My War - Life on the Home Front 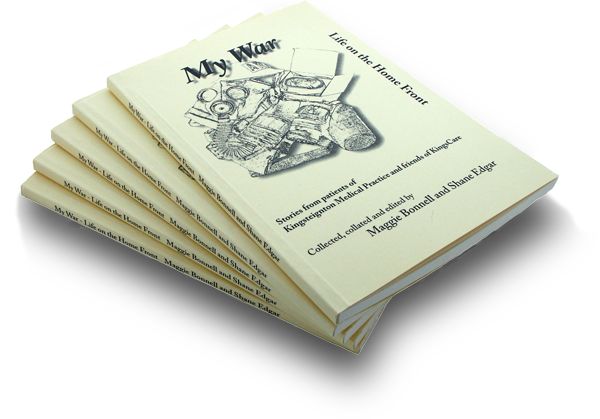 The following interviews are published in mp3 format

Shane and Maggie - Editors and Publishers

These interviews were made by the BBC's reporter, Sophie Pierce and broadcast over the first week in 2006 on Radio Devon's Breakfast show. The book itself was made possible thanks to funding from the National Lottery's Home Front Recall programme.

There was tremendous interest in the project with 35 people contributing photographs, interviews and written stories in exercise books. They were all transcribed by Janet Gale and, as editors, we are extremely grateful to her for her willing and humorous support.

Copies of the book can be purchased in support of KingsCare, a registered charity by e-mailing to the KingsCare Co-ordinator